The championship for Major League Lacrosse’s (MLL) 20th anniversary season will now air on ESPN. Additionally, MLL’s coverage will expand to include TSN, in Canada, and ESPN Player, making all Major League Lacrosse games this season available in more than 135 countries.

“ESPN is the worldwide leader in sports for a reason. We are thrilled to once again have our games on their networks,” MLL Commissioner, Alexander Brown, said. “The sport of lacrosse at both the collegiate and professional level has seen tremendous growth through its partnership and promotion on the ESPN’s platforms. ESPN is broadening their promotion, activation, and exposure for MLL this season, and we look forward to welcoming ESPN viewers across the globe as they tune into MLL’s 20th anniversary season.”

“ESPN has been a longstanding proponent for the growth of lacrosse, and we are proud to celebrate in Major League Lacrosse’s 20th anniversary season,” said Dan Margulis, ESPN Senior Director of Programming. “We are excited to see professional leagues like MLL back on the field, and look forward to delivering the action to fans.”

In 135 countries across the globe, lacrosse fans will have the opportunity to witness history as ESPN Player will carry the full 20th anniversary season. ESPN player streams some of the world’s biggest and best sports live and on-demand, direct to desktop, smartphones, tablets and smart TVs. ESPN Player is available across Europe, Middle East and Africa and Asia. ESPN Player will be offering a free 7-day trial to new customers, making MLL more accessible internationally than ever.

Fans across the globe can look forward to enhanced field audio with wireless mics in the goals and on officials to capture game action and calls.

The season starts July 18th. The Philadelphia Barrage will play their first MLL game since 2008 against the reigning-champions, the Chesapeake Bayhawks, in the opening game of the 2020 season at 1 p.m ET. Later that afternoon the New York Lizards will face the Boston Cannons and the Connecticut Hammerheads will play their first game in franchise history when they take on the Denver Outlaws.

Major League Lacrosse (MLL), based in Boston, is the premier professional outdoor lacrosse league. MLL has led lacrosse’s growth into the mainstream of competitive team sports since 2001. In the spring of 2018, MLL entered into new leadership for the first time in 17 years when it selected Alexander Brown as the Commissioner. Since that time, MLL has been on an aggressive path towards sustainably developing and growing the league. In 2019 MLL welcomed ten new partners to the league, introduced a creative and sophisticated digital team (generating 194% growth in social traffic, 122% growth in social engagement and 393% growth in web traffic) and achieved a 16% increase in total attendance year-over-year. The 2020 season will be Major League Lacrosse’s 20th anniversary season. Learn more about the MLL’s 20th anniversary season presented by Cascade on majorleaguelacrosse.com.

ESPN Player streams some of the world’s biggest and best sport live and on-demand direct to desktop, smartphones, tablets and smart TVs. Available across Europe, Middle East and Africa and parts of Asia, ESPN Player brings fans great action including college sports and much more, and is part of ESPN’s digital portfolio in EMEA, which includes ESPNcricinfo.com, ESPNFC.com, and the UK-focused sports portal ESPN.co.uk. 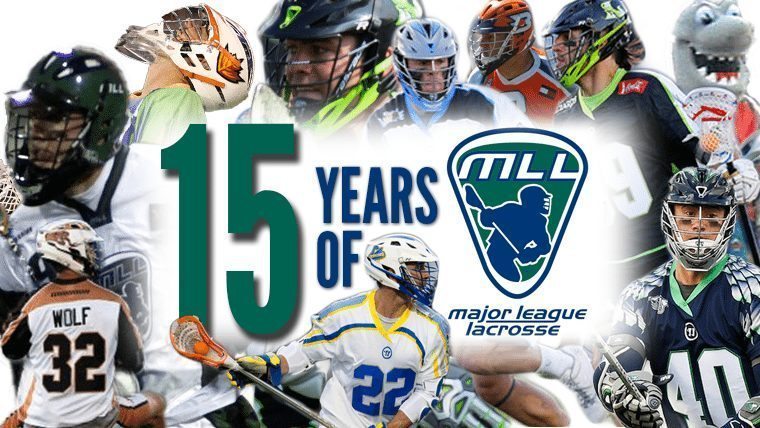 Send to a group or person.